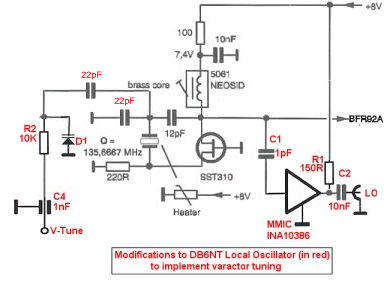 Having had success with GPS-Locking my 13cm tansverter, I ‘revisited’ my 9cm transverter which had not been switched on for well over a year … maybe two! Some time ago I had concluded that the feed point on the 67ele QLY was full of water. However, I decided to re-address the PLL locking issue, where although it always locked up, it took several minutes … and I was not happy with that.
See the schematic of my original LO modification here.

Now look at the diagram on the right. Ignoring the MMIC, the revised varactor tuning is essentially the same as before, however as in OZ5N’s circuit, the varactor tuning is connected directly to the crystal via a 22pF capacitor and the 47pF capacitor has been changed to 22pF.
I re-tuned the inductor, connected the 10MHz reference and switched on. Lock was obtained almost instantly! I call that a success! What is more, my 67ele QLY appears to be working … with the usual weak signal from GB3CSB on 3400.985MHz coming in with the occasional 100Hz of rain-scatter spread … see below. 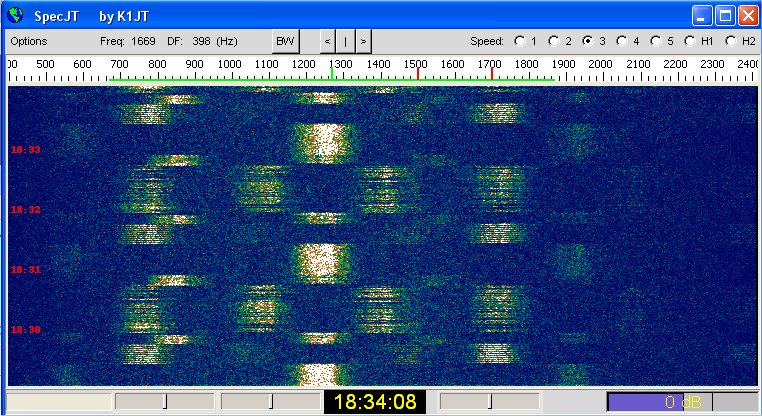