I got into electronics before I went to High School ... so we're talking the late 1960s. Transistors were still largely new technology and Racal were still manufacturing the RA17L ... So I'm told. I have seen a lot of advances in technology. I have seen the physical shape of discrete transistors go from little glass tubes like the OC44 to tiny surface-mount transistors. Consequently, along the way I have 'picked up' components which either intrigued me or more recently, simply reminded me of the past. 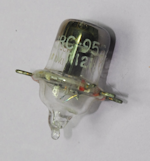 This is an example of what was referred to as an Acorn Valve ... obvious really, when you see its shape. Most salvaged Acorn Valves tend to come from WW2-era communications receivers. However they first appeared in March of 1935 with the introduction of the 955 by RCA which was advertised as being useable up to 500MHz. The one in the photograph is made by RCA and bears the marking JRC-955 VT-121. JRC is the shortened form for JAN-CRC where JAN stands for Joint-Army-Navy.

Riding on the back of rapid technological advances made during WW2, tiny robust thermionic valves were developed for guided missile applications. The valve in the photograph is a CV469 (or EA76) first produced by Mullard in 1950. This is the tiny thermionic diode used in the Racal RA17L as the AGC (or AVC) Clamp-Diode.

Again dating from 1950 ... here is a Mullard ECC70 Double Triode made for VHF applications. Mullard also manufactured this tiny valve as the 6021 indicating a possible military or industrial role. 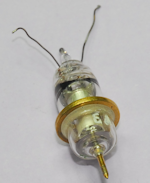 The EA52 Disc-Seal-Diode dates back to 1950 and was specifically designed for use in UHF voltmeters and other monitoring devices. The Cathode is the annular ring. The Anode is the end-spike. The one in the photograph was removed from my Marconi TF1041B exhibiting low emission.

In 1956, Ediswan produced five Germanium PNP transistors ... all looking like little 'top hats'. The pictured XB102s along with the XB103 were marketed as AF amplfier types. I found these in a box of bits that was given to me. A nice historical find! 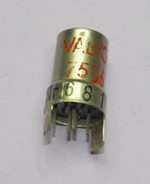 Almost into the 1960s ... RCA developed the Nuvistor (an amalgam of 'new' and 'transistor') in 1959. This was undoubtedly the final innovation in receiving valve technology. Not only is it tiny, it is also thus extremely robust. Although believed by many to be intended for VHF/UHF TV tuners, many found their way into military applications. The one in the photograph is a 7586 made by Valvo in West Germany in September of 1965.

Here we have a boxed pair of XB24Bs in the JEDEC TO-52 case by Texas Instruments. These are NPN and I believe them to be Silicon power transistors but I can find no information on the type (XB24B). I believe these to be from the mid 1960s

Marketing a Silicon Power Rectifier in a box marked Ferranti Valve is a tad odd I will admit.
Probably early 1960s.

Another Ferranti power rectifier. No data available other than I know it was in Ferranti's short-form catalog in 1971.

Diffused Junction general purpose diode for use in applications up to 800V and 400mA. 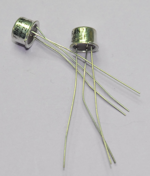 Dating from 1961 (at the earliest), this silicon mesa transistor in a TO-5 can was intended for general purpose applications. These do not have the usual 'Ferranti' black paint, so perhaps later models with better heat dissipation? 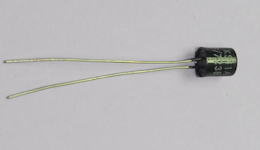 A pair of 1960s vintage Newmarket NKT279As in TO-1 cans. At first these looked like diodes but then I saw that they are transistors, each with their Base and Collector 'tied' together.
The NKT279A is a low power PNP audio output transistor simailar to the OC81. The purpose of using it like a diode is likely since it needs to pass a bit more current than was generally capable of diodes of the day. These were probably used in the biasing circuitry of an output stage. 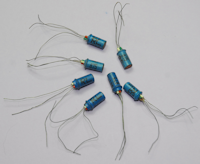 Germanium PNP RF transistors manufactured by GEC from 1959. The blue sleeved GET875 is a high-speed switching transistor often used in the IF stages of transistor radios in the early 1960s, although I believe the blue sleeve was indicative of switching types.

Originally announced by Mullard in 1956, the OC44 was described as a PNP RF device. In reality it was better suited to the job of IF amplifier.
I suspect that these ones in SO-2 encapsulation that I have are from the 1960s. 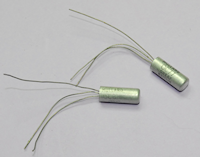 Two more germanium PNP audio transistors by Mullard from the 1960s. Both glass and metal-clad encapsulated types in this form are referred to as SO-2.
The OC77 was intended to be utilised as a pre-amplifier, whilst the OC81 was generally used in output stages.

A pair of OC81Ms in TO-1 encapsulation. Definitely Mullard and made in Great Britain ... can't argue with the markings. I am assuming that the 'M' suffix indicates that they were supplied in matched pairs.

The 'D' suffix indicates that this SO-2 OC81D was intended for use as an audio-stage driver.

Developed in the Netherlands and first announced by Mullard in 1959. An interesting fact relating to these germanium RF devices of this style is that over time they developed reliability issues. This was eventually discovered by NASA to be the result of tin-whiskers 'growing' on the inner surface of the TO-7 can which ultimately made contact with the germanium die.

Germanium alloy PNP AF transistors in a TO-1 can by Newmarket. 1960s

Texas Instruments 2G106. Two examples in TO-18 can. These germanium PNP high-speed switching devices were used in mainframe computers in the 1960s.

ASZ21 in TO-18 can. Germanium PNP, high-speed switching transistor.

Two Motarola silicon power transistors. The MPSU56 on the left is PNP, the MPSU03 on the right is NPN. Both have a max power dissipation of 1W. I believe these were used in the plate drive circuits of 1970s Tektronix oscilloscopes. I'm not sure about the case type but the datasheet gives it as type 152-02. 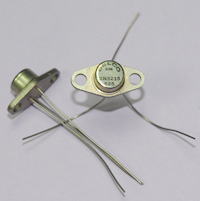 SO-2 encapsulated Mullard OCP71 Photo-transistor. First manufactured in 1956.
Contrary to popular belief, this was not simply an OC71 without the black 'Dope' finish. 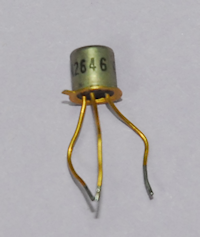 
Unijunction Transistor type 2N2646 in a TO-18 can. I remember these featuring quite a lot in 'hobby' circuits in the early 1970s. 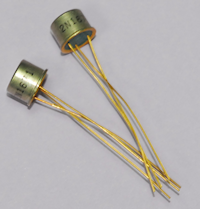 Then I found these in a box. The 2N1671 is a unijunction transistor in a TO-5 can, intended for industrial applications such as firing circuits for SCRs. 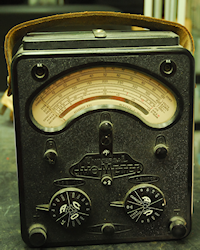 
A few years ago I went through a phase of collecting Avometers. I think this was primarily because I had been brought up to respect these great instruments as the pinacle of analog measurement.
My AVO Model 7 is a MKII from March 1952 (last 3 digits of serial number are 352) which is odd since the model 8 was introduced in 1948. 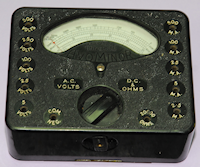 Then a friend turned up with this little gem which he'd found at the 'barras' in Glasgow. From the serial number, it dates from March 1944. It works too! 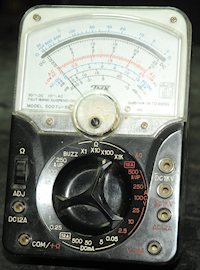 
To be honest, I can't remember when I got this meter. I do know why I bought it though. Back in 1970 this was the meter that my scout-master and inspiration used ... and if it was good enough for him, then it was good enough for me. However it was probably a good 10 years before I invested in the TMK. I've seen these advertised on Ebay as vintage test equipment. Obviously in production since 1970 at least but to me it just doesn't look vintage.